On Friday 23rd August, the residents were treated to an excellent ‘Jerry Lee Lewis’ Tribute Act.
The entertainer was a young man called Robin, who, for his young years, managed to emulate the Jerry Lee Lewis sound and songs perfectly!  He really did have us ‘rocking and rolling’ and some of our residents put the younger members of staff to shame with their dance routines!

A good time was definitely had by all and also proves that music definitely lifts the spirits and brings everyone together! 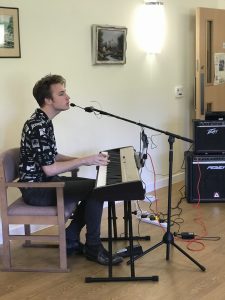 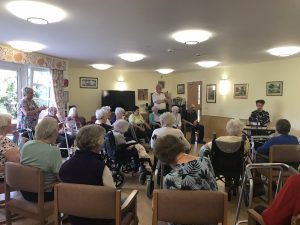